Do you like cinema, the French language or both? Do you want to know the most emblematic actors, actresses and directors of French cinema? Every two weeks, the Yale French Department Cine-Club invites you to (re) discover a film, old or recent, that has made history. Documentaries, musicals, period films or current affairs films, there will be something for everyone! Each screening, open to everyone, will be followed by a discussion-debate (in French, of course!).

This Thursday, the Ciné-Club invites you to discover one of the most emblematic films of the New Wave: Pierrot le fou by Jean Luc Godard. A story of love and freedom, with the air of a road movie, carried by two legendary actors: Jean-Paul Belmondo and Anna Karina. A classic must-see! 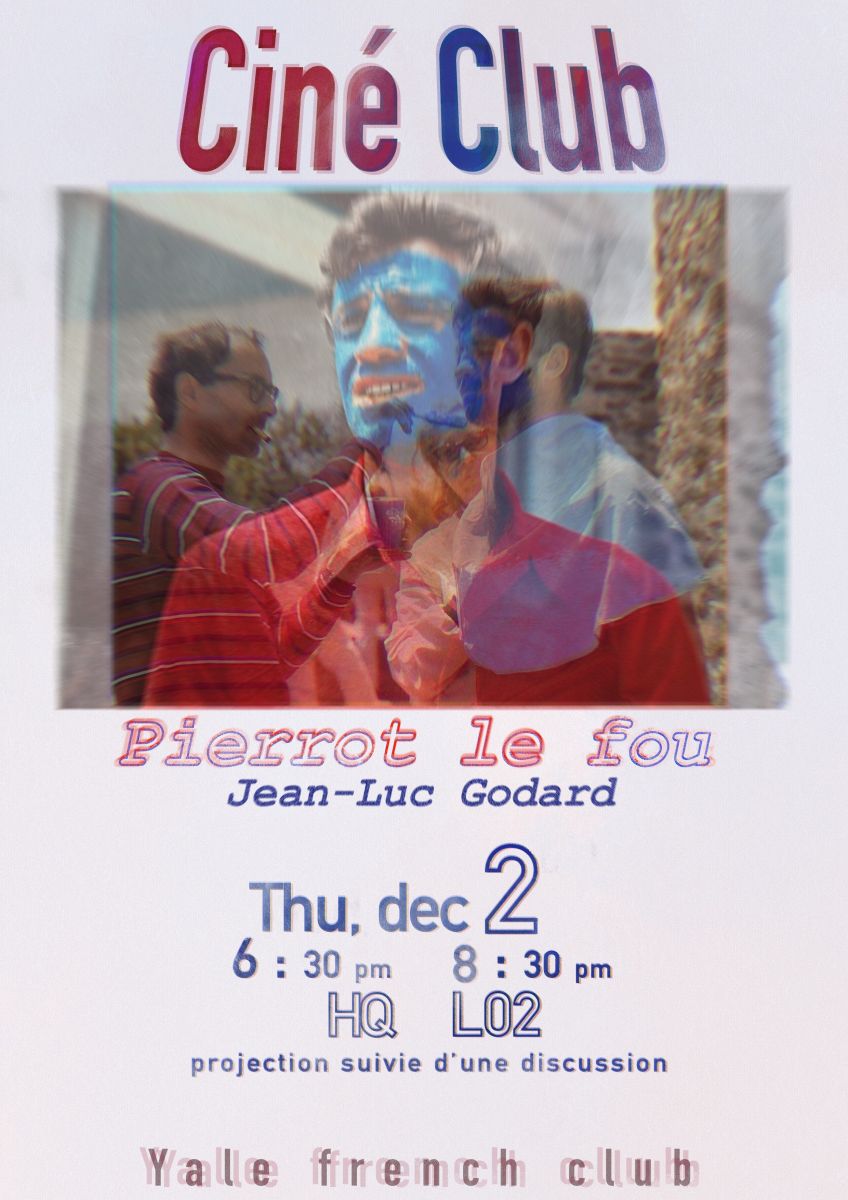