We are pleased to announce the publication of our most recent volumes below.
For subscription inquiries or obtaining a copy, please contact Yale University Press customer service. 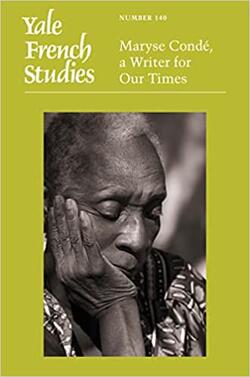 A diverse, interdisciplinary collection of essays exploring what makes Maryse Condé a writer for our times

In 2018, the New Academy selected Guadeloupean writer, scholar, and teacher of literature Maryse Condé as the recipient of the 2018 Alternative Nobel Prize in Literature. This volume of Yale French Studies examines Condé’s work and legacy, exploring why a diverse group of journalists, critics, and lay readers selected her as the writer most deserving of the prize. Varied in their themes, forms, and disciplinary groundings, the essays consider how Condé’s novels, plays, essays, and memoirs have engaged with many of the urgent social, economic, and political issues of the late-twentieth and twenty-first centuries, often anticipating and catalyzing public debates. Written by scholars from Africa, the Antilles, South America, France, and the United States, the essays consider Condé’s unique voice and the ways in which her writing speaks to readers all over the world, making her “a writer for our times.” 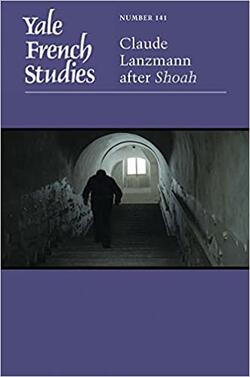 This 141st volume of Yale French Studies carefully examines the life and work of Claude Lanzmann (1925–2018) following his 1985 masterpiece, Shoah

This volume of Yale French Studies charts the different paths Lanzmann took after the release of Shoah in 1985. These paths are explored through a consideration of his late films—Tsahal (1994), A Visitor from the Living (1997), Sobibor, October 14, 1943, 4 p.m. (2001), Light and Shadows (2008), The Karski Report (2010), The Last of the Unjust (2013), Napalm (2017), and Four Sisters (2018)—and of his memoir, The Patagonian Hare. The volume also includes an English translation of his last major interview, “Self-Portrait at Ninety.” The original essays collected here show that Lanzmann’s late films and writing stand as something more than mere footnotes to his 1985 masterpiece. Continuing to wrestle with questions of cinematic transmission and the relationship among film, history, and testimony, they confront anew and in a variety of approaches the challenge of representing the Holocaust, and of living in its aftermath.

Michael G. Levine is professor of German and comparative literature at Rutgers University. He is author of A Weak Messianic Power, The Belated Witness, and Writing Through Repression. Jared Stark is professor of comparative literature at Eckerd College. He is author of A Death of One’s Own: Literature, Law, and the Right to Die.

Yale French Studies is the oldest English-language journal in the United States devoted to French and Francophone literature and culture. Each volume is conceived and organized by a guest editor or editors around a particular theme or author. Interdisciplinary approaches are particularly welcome, as are contributions from scholars and writers from around the world. Recent volumes have been devoted to a wide variety of subjects, among them:  Crime Fiction; Surrealism; Contemporary Writing for the Stage; and Memory in Postwar French and Francophone Culture.

Yale French Studies is published twice yearly by Yale University Press and may be accessed on JSTOR.

Please note that Yale French Studies does not accept unsolicited articles.  If you would like to submit a volume proposal, please contact yalefrenchstudies@yale.edu.