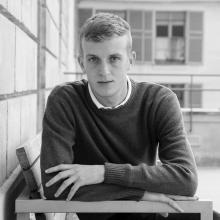 Born in the North of France in the 90’s, Édouard Louis is one of the most prominent young voices in the literary European landscape today. Compared to Jean Genet by The Paris Review, his work deals with class, sexuality and violence. His two first novels, The End of Eddy, and History of violence, got translated into more than 25 languages. He is also the editor of a scholarly work on the sociologist Pierre Bourdieu, and the coauthor, with the philosopher Geoffroy de Lagasnerie, of “Manifesto for an Intellectual and Political Counteroffensive”, published in English by the Los Angeles Review of Books. His work appeared in The New York Times, The Guardian and Freeman’s.