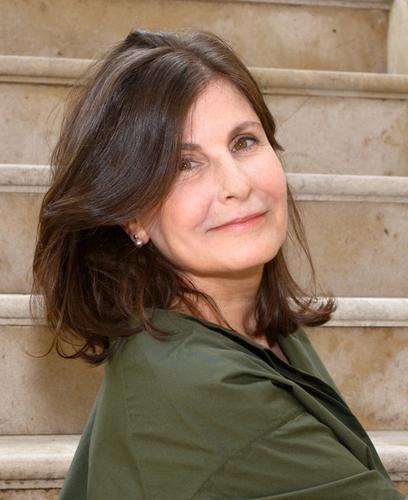 I am delighted to share with you that Alice Kaplan, the John M. Musser Professor of French and incoming Director of the Whitney Humanities Center, has been named a Sterling Professor.

A full announcement is below. Please join me in congratulating Professor Kaplan!

Alice Kaplan, the John M. Musser Professor of French and incoming Director of the Whitney Humanities Center, has been named a Sterling Professor.

Kaplan, who also was recently named Director of the Whitney Humanities Center, is the author of seven books. She has been acclaimed by readers, scholars, and critics for her innovative use of archival sources to uncover the histories of literature; her ingenious reframing of the complex lives of figures such as Robert Brasiliach, Albert Camus, Celine, Angela Davis, Jacqueline Kennedy Onassis, and others; and her fearless engagement with fascism’s intellectual history.  Her award-winning body of work includes the memoir French Lessons (Nominee, National Book Critics Circle Award, 1993); histories of French fascism and literature such as The Collaborator (Finalist, National Book Award and the National Book Critics Circle Award and winner, Times Book Prize for History, 2000); and, most recently, Looking for the Stranger (New York Times Notable Book and finalist, National Book Critics Circle Award, 2016) a new examination of the life and work of Albert Camus.

“Alice Kaplan teaches us through her intellectual obsessions how we are all deserving subjects of, and prone to, powerful attention,” said Acting FAS Dean of Humanities Katie Lofton. “She changed the culture of literary studies through her fierce, perspicacious writing. Nobody is more deserving of this, the highest honor Yale can bestow on its faculty.”

In 2018, Kaplan co-founded the Yale Translation Initiative at the MacMillian Center, where she currently serves as inaugural Director of the initiative. In that role, she has convened scholars who approach translation from a wide range of disciplines–from computer science to literature; from linguistics to political science–re-shaping the field of translation and revealing it to be a crucial cross-disciplinary tool for scholarly innovation.  In addition, Kaplan is renowned for her translations of French literature, particularly of works by authors Roger Grenier, Evelyne Bloch-Dano, and Louis Guilloux.

Kaplan has deep connections to Yale. After earning her BA from the University of California, Berkeley, she came to Yale, where in 1981, she completed a Ph.D. in French and Philosophy. She went on to join the faculty at Duke University, where she served as Professor of Romance Studies, Literature, and History, and was the founding Director of Duke’s Center for French and Francophone Studies. Kaplan returned to Yale as a member of the faculty in 2008. She is currently an affiliated faculty member in the Departments of Comparative Literature, Women’s, Gender, and Sexuality Studies, and the Humanities Program.

Kaplan is the recipient of a distinguished set of national and international awards and honors. She is a Guggenheim Fellow, a member of the American Academy of Arts and Sciences, a recipient of the French Légion d’Honneur, and three-time National Book Critics Circle Award nominee.  She also is a trustee of the Camargo Foundation in Cassis, France, and a founding member of the MaisonDAR collective in Algiers.