Can a 3D printer interpret literature? 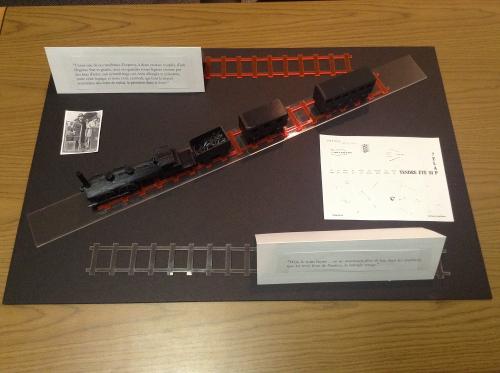 Can a 3D printer interpret literature? How many steps would it take to translate art into code? Can you really build an object using a metaphoric literary excerpt?

In 19th century France, writers recorded the industrialization of their country by integrating machines and manufactured objects in their texts. Emile Zola for instance wrote long descriptions of train stations and locomotives in his novel La Bête humaine (1890). Literary critics describe some passages as “scientific” and “technical,” but would an engineer use the same epithets? Is there enough useful material in this novel to design the objects it evokes? And if not, what would then be the status of this narrative if too technical for artists, and too vague for engineers?

During Fall 2014, within the framework of teaching an undergraduate seminar on “Trains in French Literature and Culture,” Prof. Morgane Cadieu decided to put close reading in context through a collaboration between the French department and the Yale Center for Engineering Innovation and Design. The project was to design Zola’s locomotive: “La Lison.” The outcome was very exciting because the train we were able to 3D print looks very similar to the trains that had inspired Zola, although we took some liberty with the technical aspects of the machine: some wheels are missing because they were not described by the author; and the whistle is disproportionate because it plays a crucial role in the novel. The 3D printed locomotive is therefore a concrete interpretation. This project wouldn’t have been possible without the tremendous support of CEID members Dean Kyle Vanderlick, Deputy Dean Vincent Wilczynski, research support specialist Glenn Weston-Murphy, and postgraduate associate Ngoc Doan, and the great enthusiasm and help of undergraduate students in the French department: John Sununu, Sienna Jun, and Alexandro Gonzalez-Calvillo. 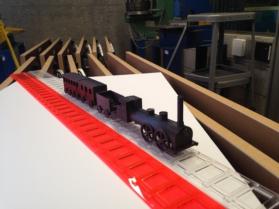 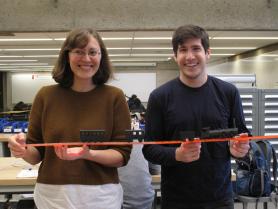 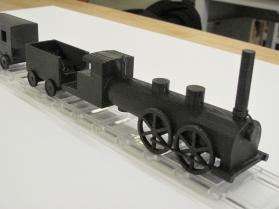