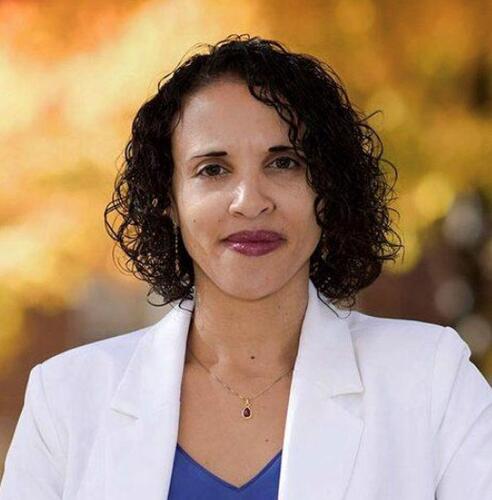 The Departments of French and African American Studies are excited to welcome for a joint appointment, Professor Marlene Daut, who works at the intersection of various fields: French and Francophone studies (especially Haiti), African American studies, Transatlantic studies, race studies. She is primarily a scholar of the Haitian Revolution and of its reception in the French and American 19th century. She is the author of several impactful books, starting with Tropics of Haiti: Race and the Literary History of the Haitian Revolution (2015), followed by the ground-breaking Baron de Vastey and the Origins of Black Atlantic Humanism (2017). Her most recent publication is Haitian Revolutionary Fictions: An Anthology (UVA Press, 2022), a treasure trove of early Haitian materials, edited and translated along with Gregory Pierrot and Marion Rohrleitner. Her next book, Awakening the Ashes, an intellectual history of Haiti, is forthcoming (Fall 2023).

Professor Daut is series editor for New World Studies at the University of Virginia Press, co-editor and founder of H-Haiti and H-Net as well as curator and creator of other digital platforms.

She has received grants and awards from the Ford Foundation, the National Endowment of the Humanities, the American Council of Learned Societies, the National Humanities Center, the Lapidus Center for the Historical Analysis of Transatlantic Slavery, and the Robert B. Silvers Foundation.

She has previously taught at Claremont Graduate University and more recently at the University of Virginia.