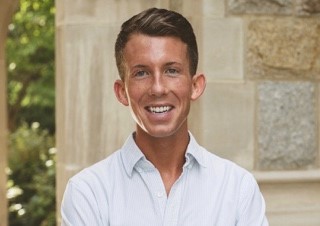 My coursework at Yale has been both diverse and rigorous. Through a combination of courses within and outside the Department of French, I  have been able to develop a solid foundation in French literary history and theory while also exploring fruitful intersections with other fields. This has allowed me to work in interesting and idiosyncratic ways, sparked connections and conversations between disparate literatures and disciplinary approaches, expanded my corpus of literary, theoretical, and aesthetic works, and enabled me to develop a constellation of interlocutors who continue to refine and challenge my thinking. Within the department, my coursework thus far has covered a considerable range of historical periods, literary movements, and various national and linguistic landscapes. To name a few, these topics have included: literature and cultural history in the 19th century (Modernity, Fin-de-siècle France); postcolonial theory and francophone West and North African literature (the Francophone African Novel, Postcolonial Theory and its Literature, French Slavery and its aftermath in French and Francophone Literature); early modern lyric poetry (La Poésie de la Pléiade); Old French; Enlightenment Art criticism and the Encyclopédie (Diderot); the student protests and the literature of May ’68 (Mai 68: Building a Corpus); intersections between memory studies and theoretical paradigms used to analyse the Holocaust and colonial violence (Decolonizing memory); rethinking or thinking beyond francophonie through aesthetic topographies (Deserts//Islands//Oceans). Outside the department, two courses stand out in particular. The first, Natural History in History, in the Department of the History of Science and Medicine, explored the changing epistemologies and representational technologies of natural history from antiquity up to the present day. Given my own interests in Francophone West Africa and the role of missionaries in France’s 19th- and early 20th-century imperial projects, the course provided an important historical and theoretical basis for thinking through questions related to colonial science and indigenous knowledge and their representations in 19th-century realist novels. I was able to develop my final paper— which examined some of the earliest descriptions of Senegalese flora by France’s linguistes-botanistes in tandem with lexicographic works— into a full-length article that recently appeared in the Canadian Journal of African Studies. The second, Museum and Nation, was a travel seminar taught in the History of Art Department. This course focused on the function of the museum as a tool of empire, nation building, and nation branding, with a regional focus on the Middle East. As part of the course, we spent two weeks, funded by title VI, in the United Arab Emirates over March break— in Abu Dhabi, Dubai, and Sharjah— where we conducted original research on museum practices and narratives of nation building in the region, with particular attention to the recently opened Louvre Abu Dhabi designed by Jean Nouvel. Our work culminated in a graduate student conference that we organized, Deconstructing the spectacle: Cultural memory, heritage practice, and urbanism in the UAE. My contribution to the conference examined heritage houses in Sharjah through multidirectional memory and the lens of Jacques Derrida’s theorization of archive in Mal d’archive. This course was especially generative to my thinking about collection practices and the politics of display. 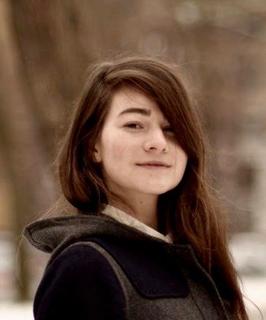 The interdisciplinary approach of the Yale French department counts as one of the key reasons why I chose this program. My work falls at the intersection of cultural history, media studies, performance studies and women and gender studies, and I have been able to substantiate my academic training by taking classes in all of these respective fields. My courses have included seminars in the history and film studies departments, and I am currently in the Comp Lit proseminar which has allowed me to strengthen my theoretical approach. Several of these professors (Carolyn Dean, Dudley Andrew and Katie Trumpener) have given me instrumental advice for furthering my research and I will continue working with them in the future.