FREN 110: Elementary and Intermediate French I

Intensive training and practice in all the language skills, with an initial emphasis on listening and speaking. Emphasis on communicative proficiency, self-expression, and cultural insights. Extensive use of audio and video material.

Designed for initiated beginners, this course develops all the language skills with an emphasis on listening and speaking. Activities include role playing, self-expression, and discussion of cultural and literary texts. Emphasis on grammar review and acquisition of vocabulary. Frequent audio and video exercises.

An accelerated course that covers in one term the material taught in FREN 110 and 120. Practice in all language skills, with emphasis on communicative proficiency.

FRENCH 130:  Intermediate and Advanced French I

The first half of a two-term sequence designed to develop students’ proficiency in the four language skill areas. Prepares students for further work in literary, language, and cultural studies, as well as for nonacademic use of French. Oral communication skills, writing practice, vocabulary expansion, and a comprehensive review of fundamental grammatical structures are integrated with the study of short stories, novels, and films.

The second half of a two-term sequence designed to develop students’ proficiency in the four language skill areas. Introduction of more complex grammatical structures. Films and other authentic media accompany literary readings from throughout the francophone world, culminating with the reading of a longer novel and in-class presentation of student research projects.

An advanced language course intended to improve students’ comprehension of spoken and written French as well as their speaking and writing skills. Modern fiction and nonfiction texts familiarize students with idiomatic French. Special attention to grammar review and vocabulary acquisition.

GROUP B & C:  ADVANCED AND LITERATURE COURSES IN FRENCH

Intensive oral practice designed to further skills in listening comprehension, speaking, and reading through the use of videos, films, fiction, and articles. Emphasis on contemporary French and francophone cultures. Prerequisites: FREN 150, or a satisfactory placement test score, or with permission of the course director. May be taken concurrently with or after FREN 170. Conducted in French.

FREN 170:  Introduction to the Study of Literature in French

An advanced language course emphasizing verbal communication and culture.  Designed to foster the acquisition of the linguistic and cultural skills required to evolve within a Francophone medical environment.  Discussions, in-class activities and group projects in simulated professional situations.  Topics such as the hospital, family physicians and nurse practitioners, medicine in Francophone Africa, humanitarian NGOs are explored through a medical textbook, articles, video clips, radio shows, films, documentaries, and excerpts from essays and literary texts.  Conducted in French.

An introduction to the practice and theory of literary translation, conducted in workshop format. Stress on close reading, with emphasis initially on grammatical structures and vocabulary, subsequently on stylistics and aesthetics. Translation as a means to understand and communicate cultural difference in the case of French, African, Caribbean, and Québécois authors. Texts by Benjamin, Beckett, Borges, Steiner, and others. Conducted in English, readings in French.

Fundamental grammar structures and basic vocabulary are acquired through the reading of texts in various fields (primarily humanities and social sciences, and others as determined by student interest). Intended for students who either need a reading knowledge of French for research purposes or are preparing for French reading examinations and who have had no (or minimal) prior study of French. No preregistration required.  Prerequisites:  Conducted in English. Does not satisfy the language requirement.

Introduction to medieval English literature and culture in its European and Mediterranean context, before it became monolingual, canonical, or author-bound. Genres include travel writing, epic, dream visions, mysticism, the lyric, and autobiography, from the Crusades to the Hundred Years War, from the troubadours to Dante, from the Chanson de Roland to Chaucer.

Nineteenth- and twentieth-century French (and some German) poetry explored through the lives and works of poets whose ways of behaving, creating, and perceiving the world might be described as insane. Authors include Hölderlin, Nerval, Baudelaire, Rimbaud, Verlaine, Mallarmé, Lautréamont, Apollinaire, Breton, Artaud, and Celan.  Prerequisites:  Lectures in English; readings available both in original language and in English translation.

An examination of the poème en prose, from its beginnings as a response to the inadequacy of French verse forms through its emergence as an independent genre.  Prerequisites:  Ability to read and discuss in French

The Holocaust as it has been depicted in books and films, and as written and recorded by survivors in different languages and national contexts. Questions of aesthetics and authority, language and its limits, ethical engagement, metaphors and memory, and narrative adequacy to record historical truth. Interactive discussions about films (Life Is Beautiful, Schindler’s List, Shoah), novels, memoirs (Primo Levi, Charlotte Delbo, Art Spiegelman), commentaries, theoretical writings, and testimonies from Yale’s Fortunoff Video Archive.

The course explores women’s autobiographical literature, demonstrating their uniqueness from an individual perspective and capturing the social, economic, religious, and ethnic themes of the period and their authors’ intellectual standpoints. The selected books represent a variety of literary genres ranging from memoir to journal, graphic novel, and film scripts with a focus on the 20th and 21st centuries as they appear in the works of: Colette, Simone de Beauvoir, Nathalie Sarraute, Lucie Aubrac, Hélène Berr, Assia Djebar, Ken Bugul, Agnès Varda, Marjane Satrapi, Marguerite Duras, Annie Ernaux, and Camille Laurens among others. This course thus aims at a critical awareness of what modernity has meant in women’s experiences and why debate about its consequences often revolves around women’s lives. While some authors explore the coming of age of European gender awareness, others deal with the war and resistance and more recent non-Western voices in French pose the question of identity of the “Other.” Course readings include short theoretical essays and a number of secondary works. Conducted in French and English, assignments in French or English, readings in French. 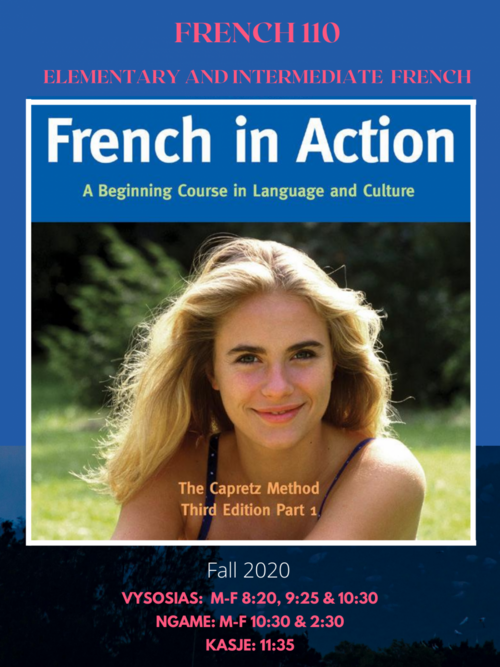 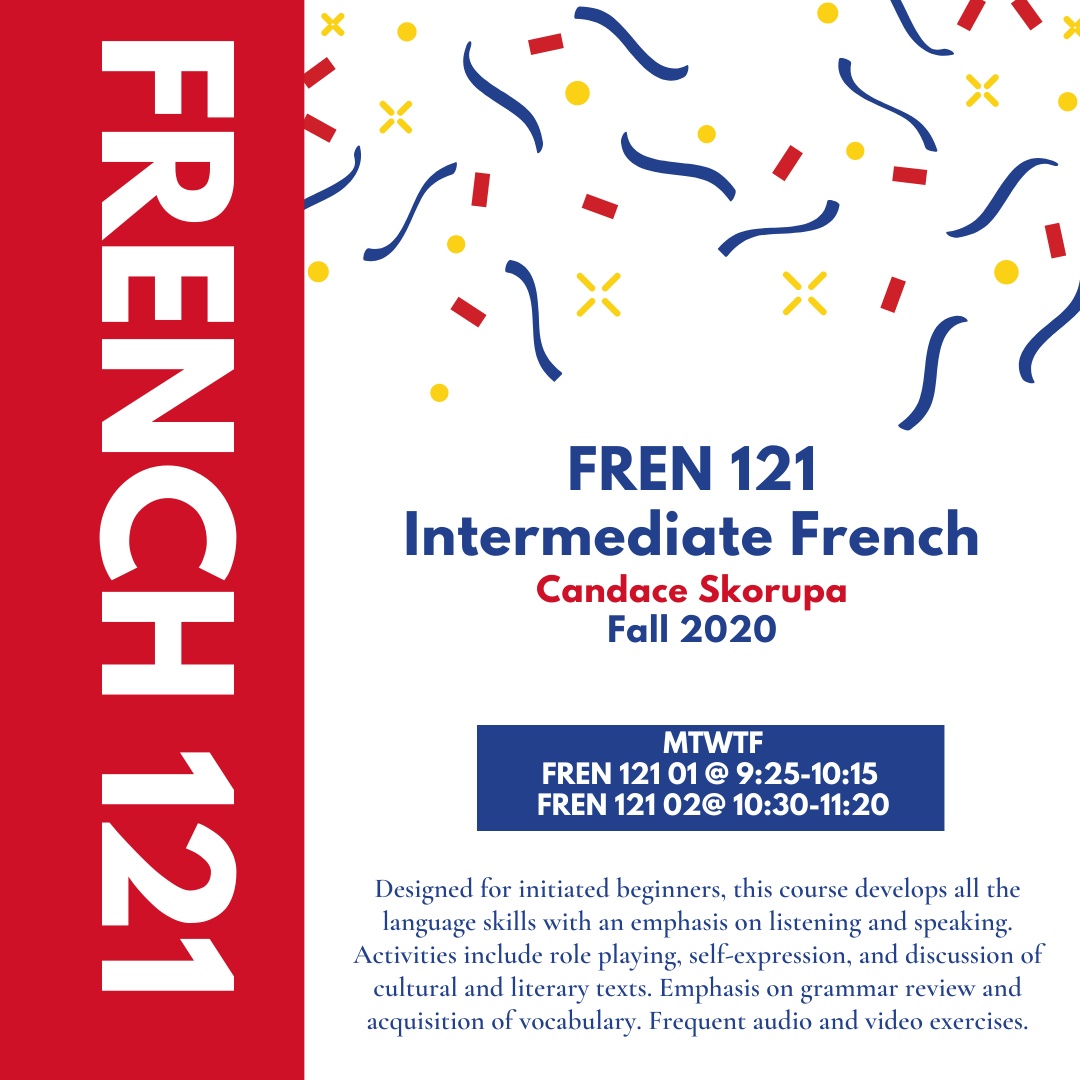 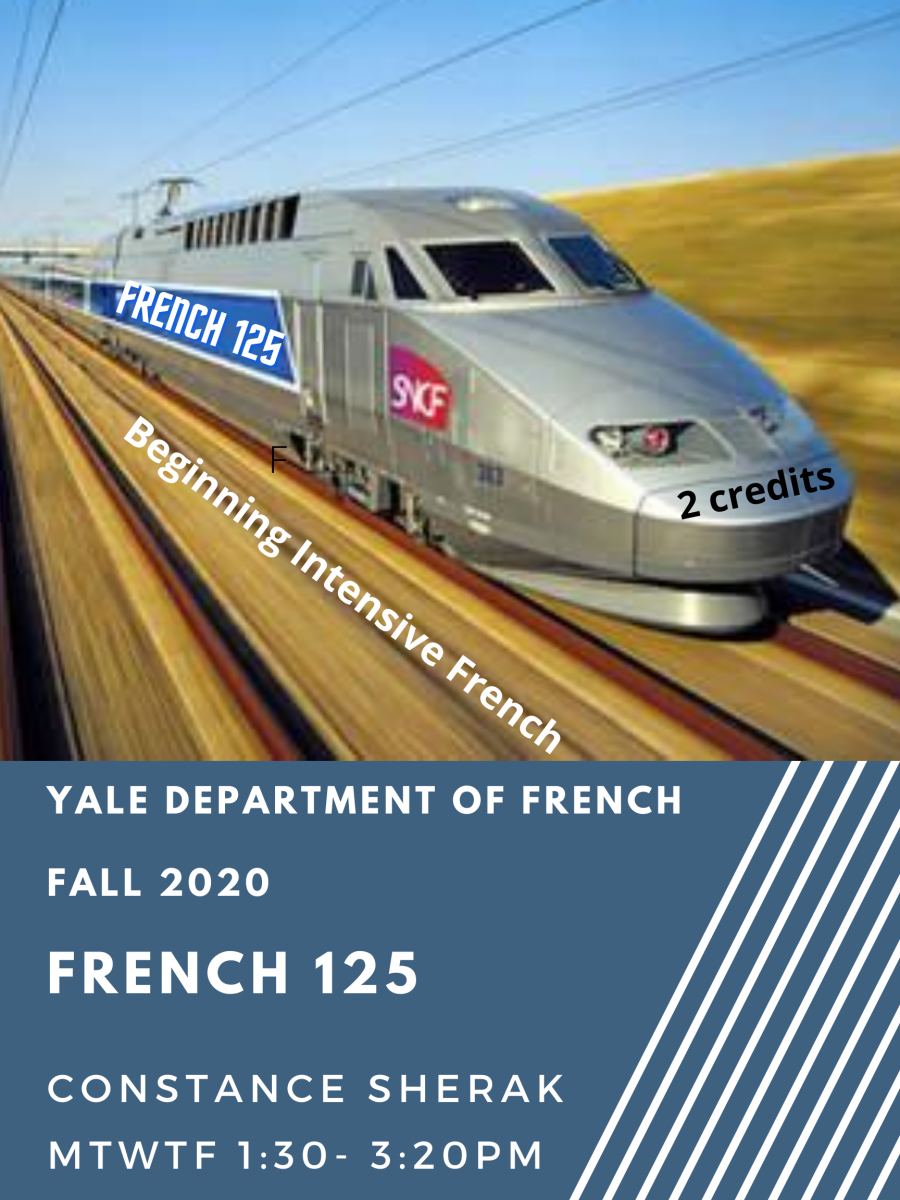 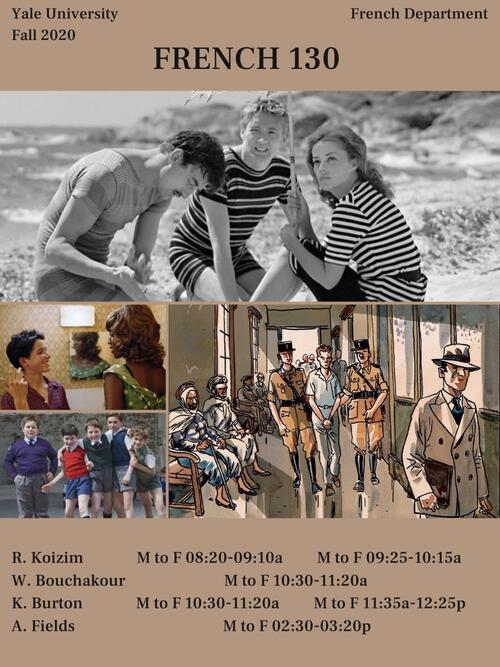 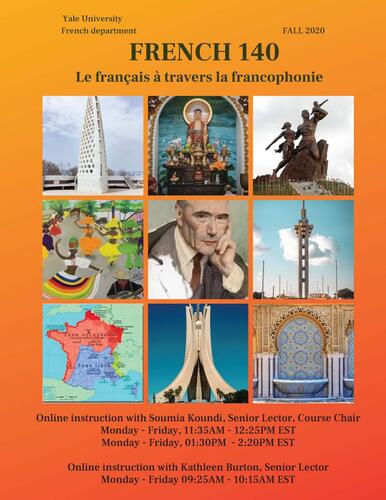 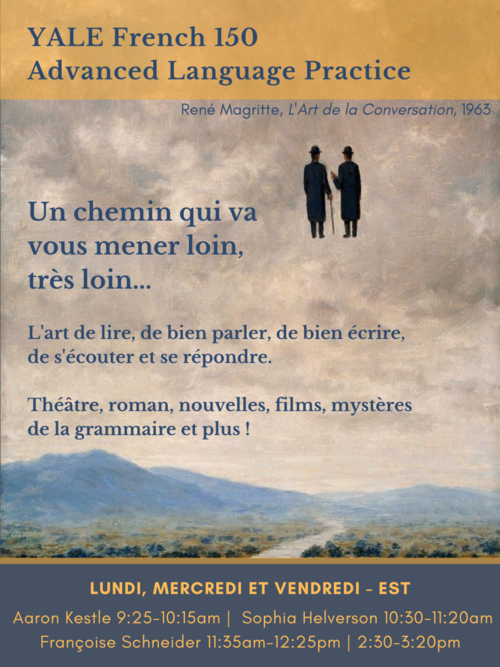 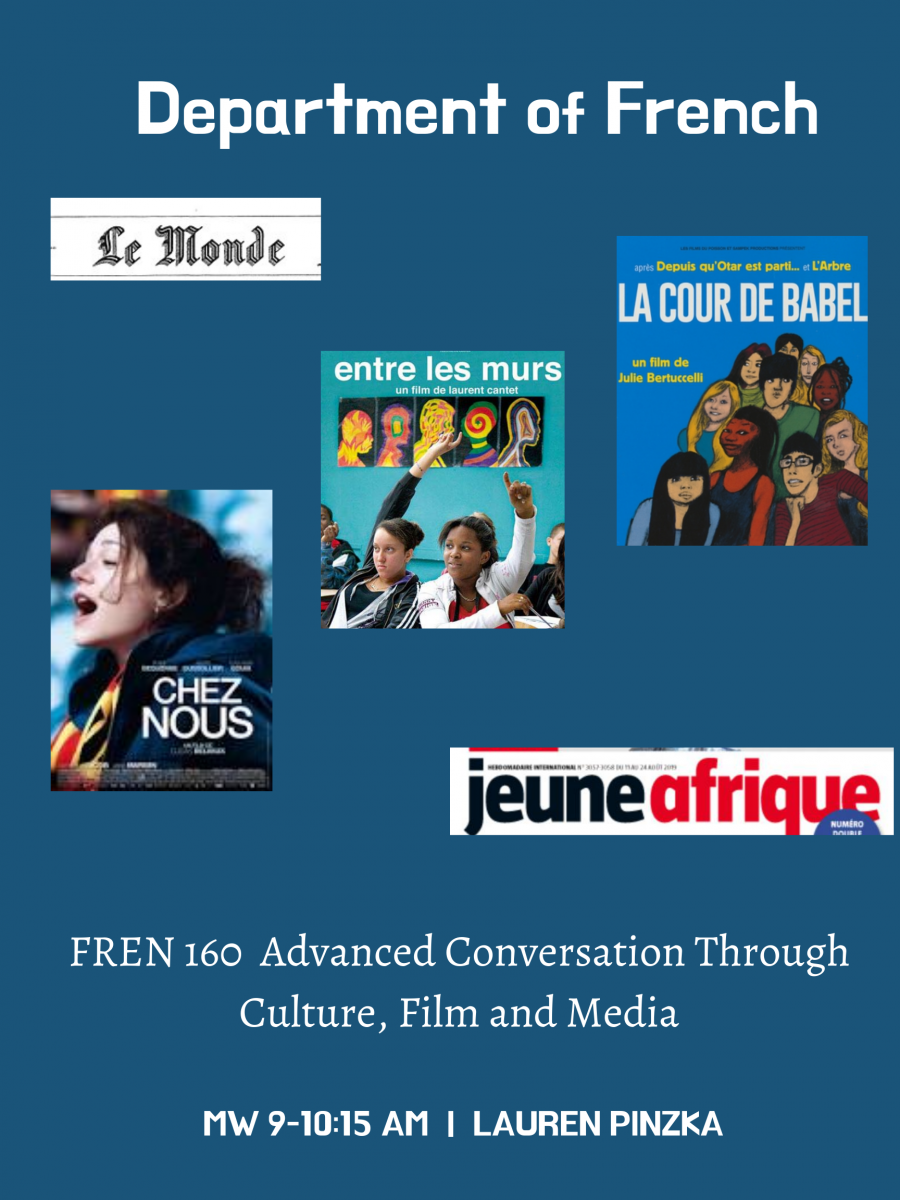 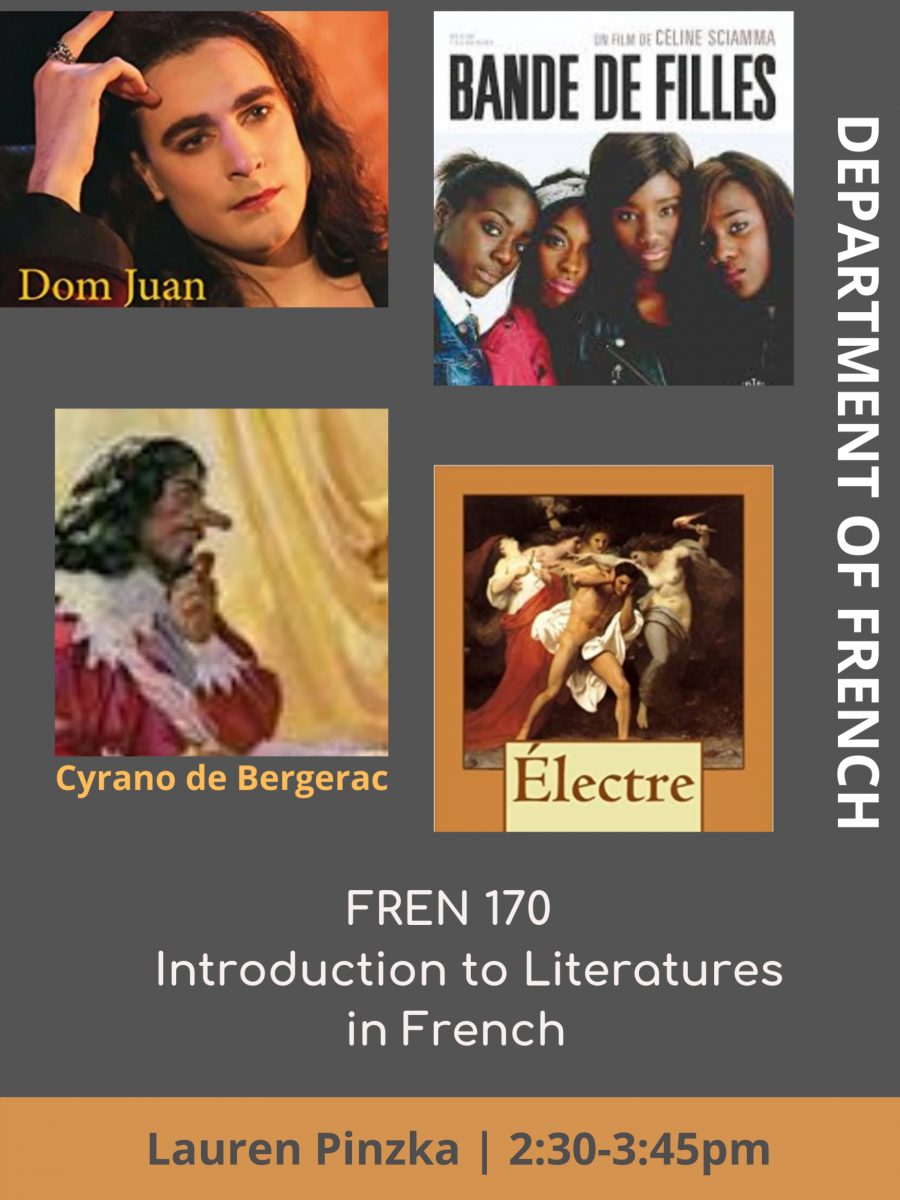 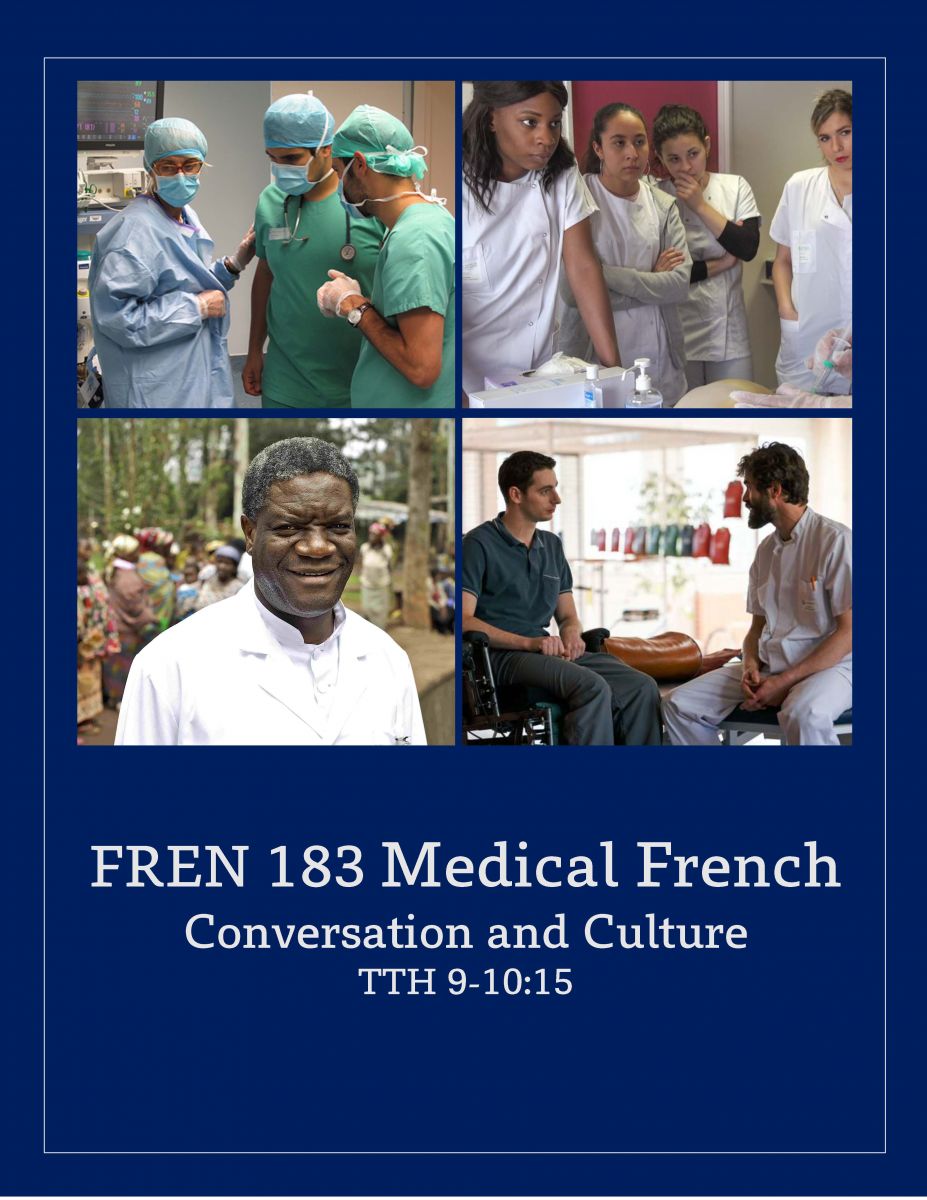 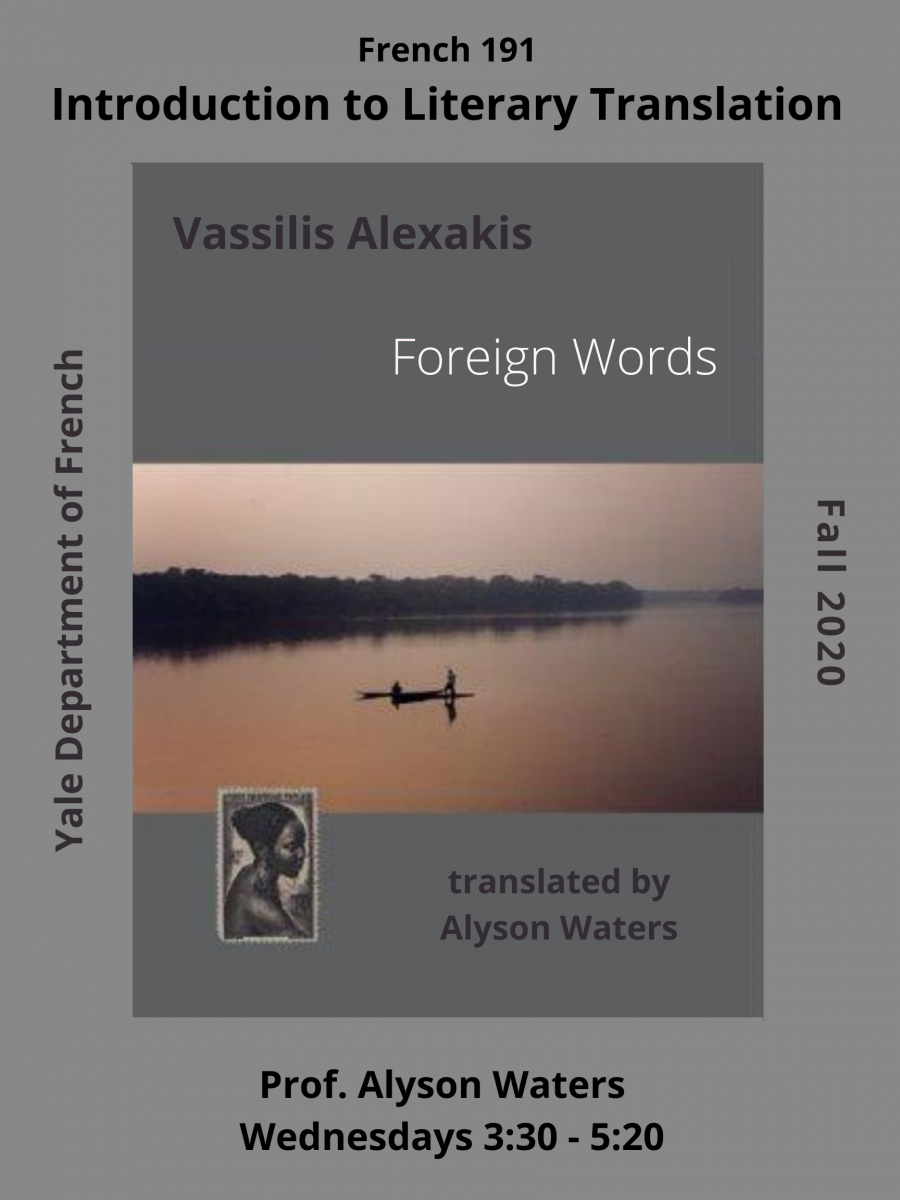 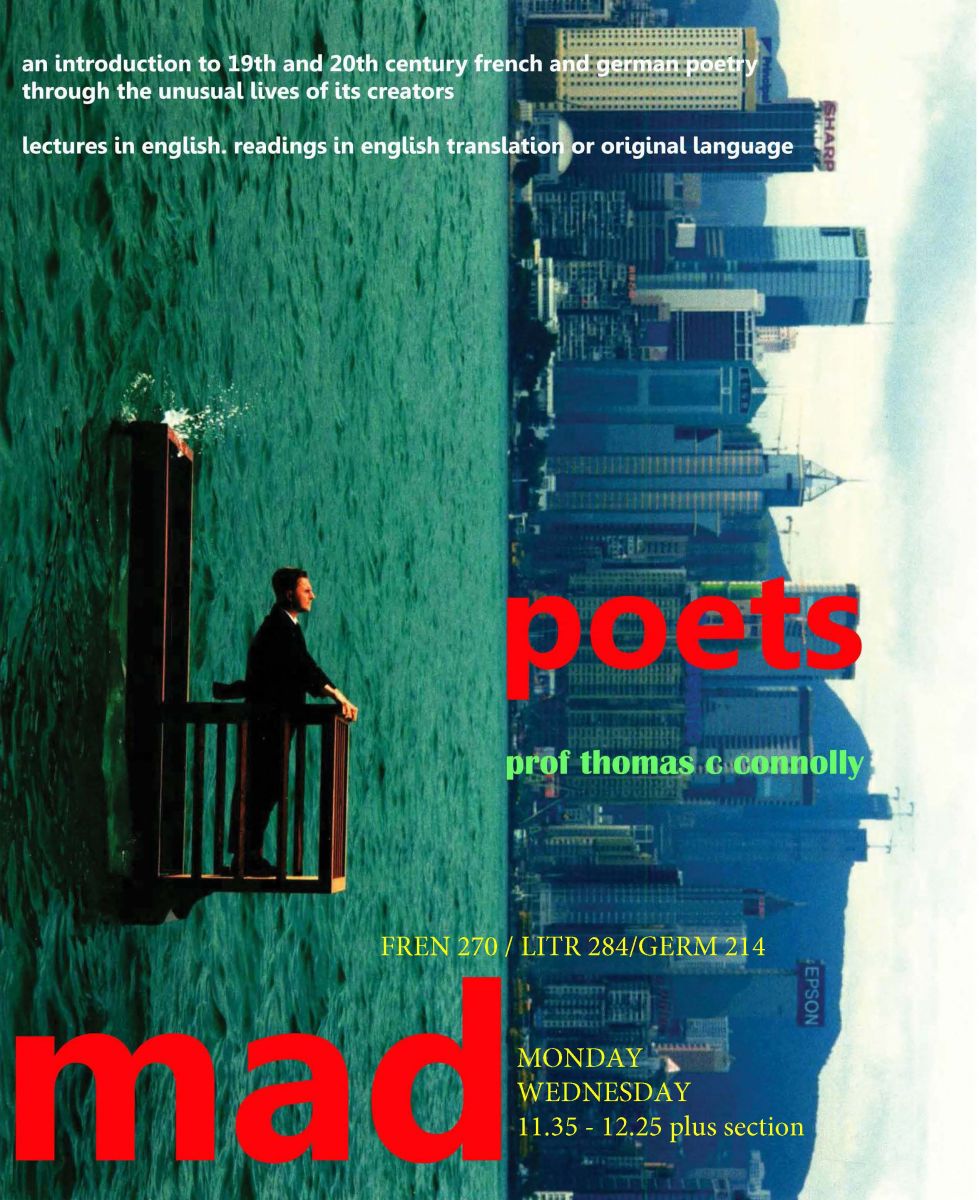 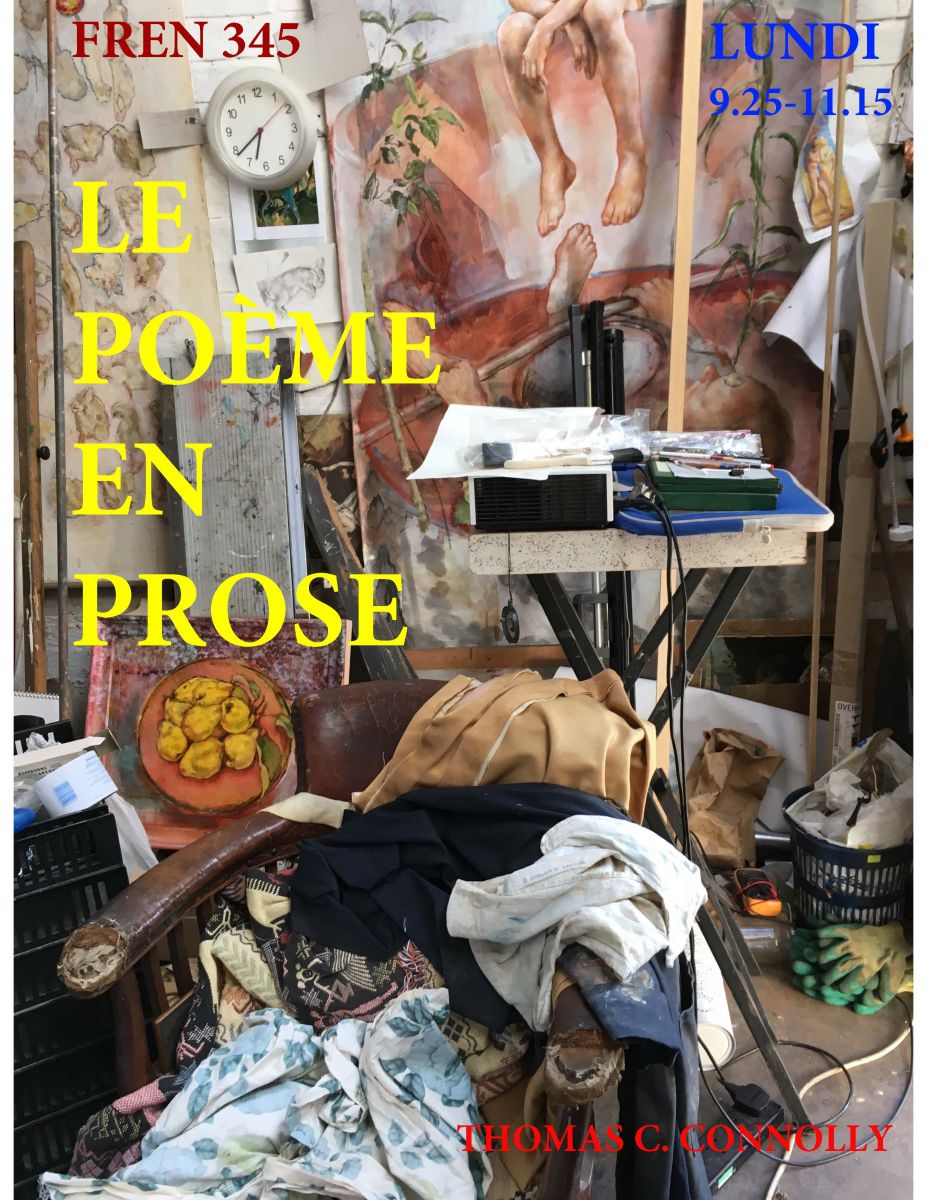