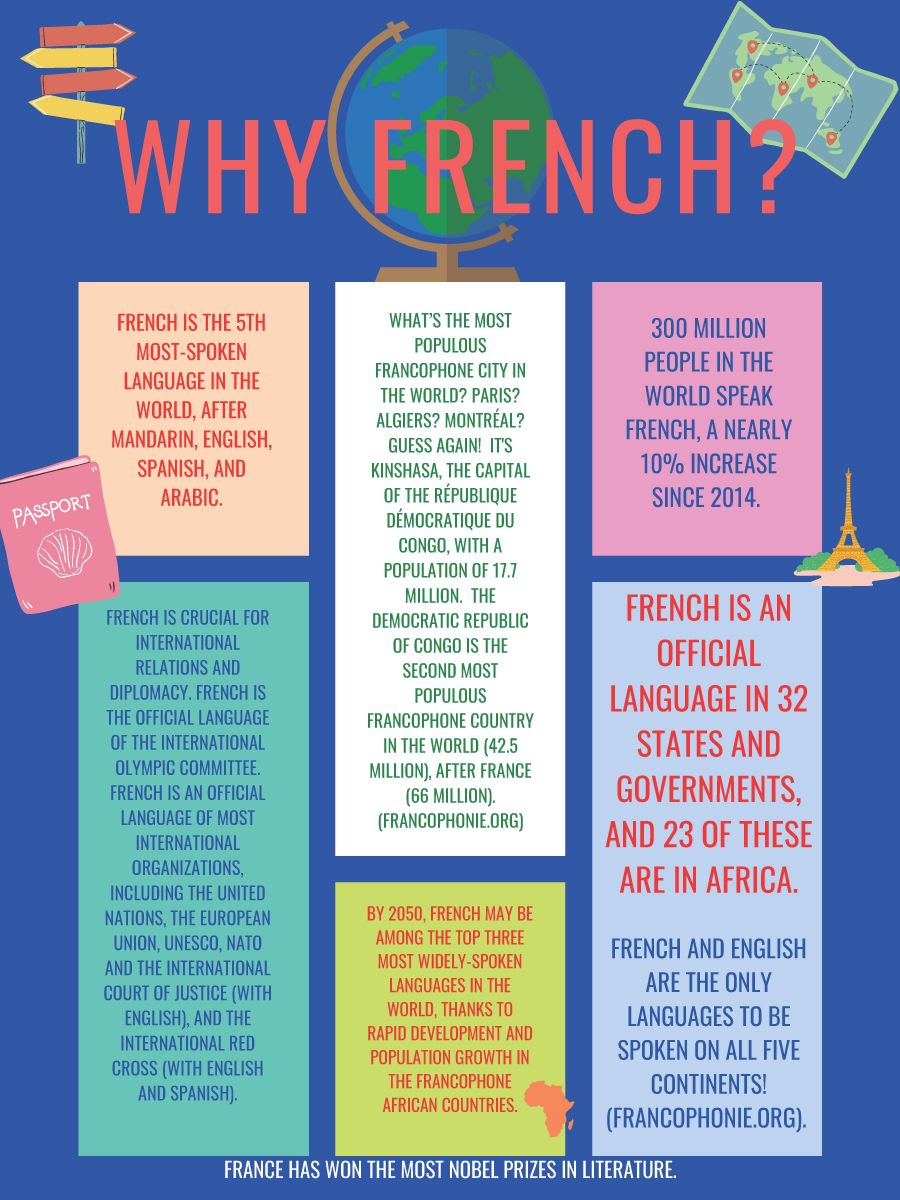 French is the 5th most-spoken language in the world, after Mandarin, English, Spanish, and Arabic.

French is the second most-learned language in the world, after English. (francophonie.org)

By 2050, French may be among the top three most widely-spoken languages in the world, thanks to rapid development and population growth in the Francophone African countries.

French and English are the only languages to be spoken on all five continents!  (francophonie.org)

French is spoken in 106 countries and territories.  (francophonie.org)

French is an official language in 32 states and governments, and 23 of these are in Africa.

At least 30% of all English words have a French origin, thanks in part to William the Conquerer, the duke of Normandy, who landed in England and became king in 1066.

French is the third most important language for international business, after English and Chinese.

France has won the most Nobel Prizes in Literature.