french 130:  intermediate and advanced french i

The first half of a two-term sequence designed to develop students’ proficiency in the four language skill areas. Prepares students for further work in literary, language, and cultural studies, as well as for nonacademic use of French. Oral communication skills, writing practice, vocabulary expansion, and a comprehensive review of fundamental grammatical structures are integrated with the study of short stories, novels, and films.

The second half of a two-term sequence designed to develop students’ proficiency in the four language skill areas. Introduction of more complex grammatical structures. Films and other authentic media accompany literary readings from throughout the francophone world, culminating with the reading of a longer novel and in-class presentation of student research projects.

An accelerated course that covers in one term the material taught in FREN 130 and 140. Emphasis on speaking, writing, and the conversion of grammatical knowledge into reading competence.

An advanced language course intended to improve students’ comprehension of spoken and written French as well as their speaking and writing skills. Modern fiction and nonfiction texts familiarize students with idiomatic French. Special attention to grammar review and vocabulary acquisition.

GROUP B & C:  ADVANCED AND LITERATURE COURSES IN FRENCH

Intensive oral practice designed to further skills in listening comprehension, speaking, and reading through the use of videos, films, fiction, and articles. Emphasis on contemporary French and francophone cultures. Prerequisites: FREN 150, or a satisfactory placement test score, or with permission of the course director. May be taken concurrently with or after FREN 170. Conducted in French.

FREN 170: Introduction to the Study of Literature in French

An advanced writing course for students who wish to work intensively on perfecting their written French. Frequent compositions of varying lengths, including creative writing, rédactions (compositions on concrete topics), and dissertations (critical essays). Recommended for prospective majors. Conducted in French.

An advanced language course emphasizing verbal communication and culture.  Designed to foster the acquisition of the linguistic and cultural skills required to evolve within a French business environment.  Discussions, in-class activities and group projects in simulated professional situations.  Topics such as the liberalization of the French economy, trading in the European Union, new forms of business organizations, globalization are explored through a business textbook, articles, video clips, radio shows, films, documentaries, and excerpts from essays and literary texts.  Conducted in French.

A continuation of FREN 191a for students who wish to work on a longer project and to deepen their reading in translation theory. Conducted in English, readings in French.

A survey of major French novels, considering style and story, literary and intellectual movements, and historical contexts. Writers include Balzac, Flaubert, Proust, Camus, and Sartre. Conducted in English, readings in French or English translation, one section conducted in French.

Que sais-je? What do I know? This is Montaigne’s motto, engraved on a medal in 1576 at the writer’s request. At the crossroad of disciplines, this seminar will explore how Michel de Montaigne develops a philosophy of doubt by literary means. We will see that he does not naively or theoretically subscribe to the skeptical tradition, but rather proposes a practical and singular use of a non-judgmental attitude in the writing of Les Essais—the early modern masterpiece of the French literature of the self. We will read essays on topics such as: idleness, education, eroticism, imagination. These texts will be coupled with short, theoretical excerpts (Sextus Empiricus, Diogène Laërce, Henri Estienne). Readings and discussion in French.

FREN 321: Passions and Politics in the Theater of the Ancien Régime (Pierre Saint-Amand)

This course consists in close readings of the major political tragedies of the classical period (17th–18th century), starting with Corneille who leads the genre and creates imitators. We consider how the language of passions intersects with the language of politics, the dialectics of hero and state. Study of the recurring major passions: love, jealousy, hate, and how they are dealt with, sometimes repaired. Readings in Pierre Corneille, Jean Racine, Voltaire, and Houdar de La Motte.

Considered one of the greatest novels of all time, Victor Hugo’s Les Misérables (1862) offers more than a thrilling story, unforgettable characters, and powerful writing. It offers a window into history. Working from a new translation, this seminar studies Hugo’s epic masterpiece in all its unabridged glory, but also uses it as a lens to explore the world of nineteenth-century France—including issues such as the criminal justice system, religion, poverty, social welfare, war, prostitution, industrialization, and revolution. Students gain the tools to work both as close readers and as cultural historians in order to illuminate the ways in which Hugo’s text intersects with its context. Attention is also paid to famous stage and screen adaptations of the novel: what do they get right and what do they get wrong? Taught in English, no knowledge of French is required.

The history of French cinema c. 1930 to 1970, from the onset of sound through the New Wave movement. The New Wave “idea of cinema”; the relation of cinema to national self-perception and state policy in France.

A survey of the principal modes of thought that have animated decolonization and life after colonialism, as seen in both theoretical and literary texts. Concentration on the British and French imperial and postcolonial contexts. Readings in negritude, orientalism, psychoanalysis, poststructuralism, and novels.

Prerequisites:  Lectures in English; readings available both in French and in English translation. 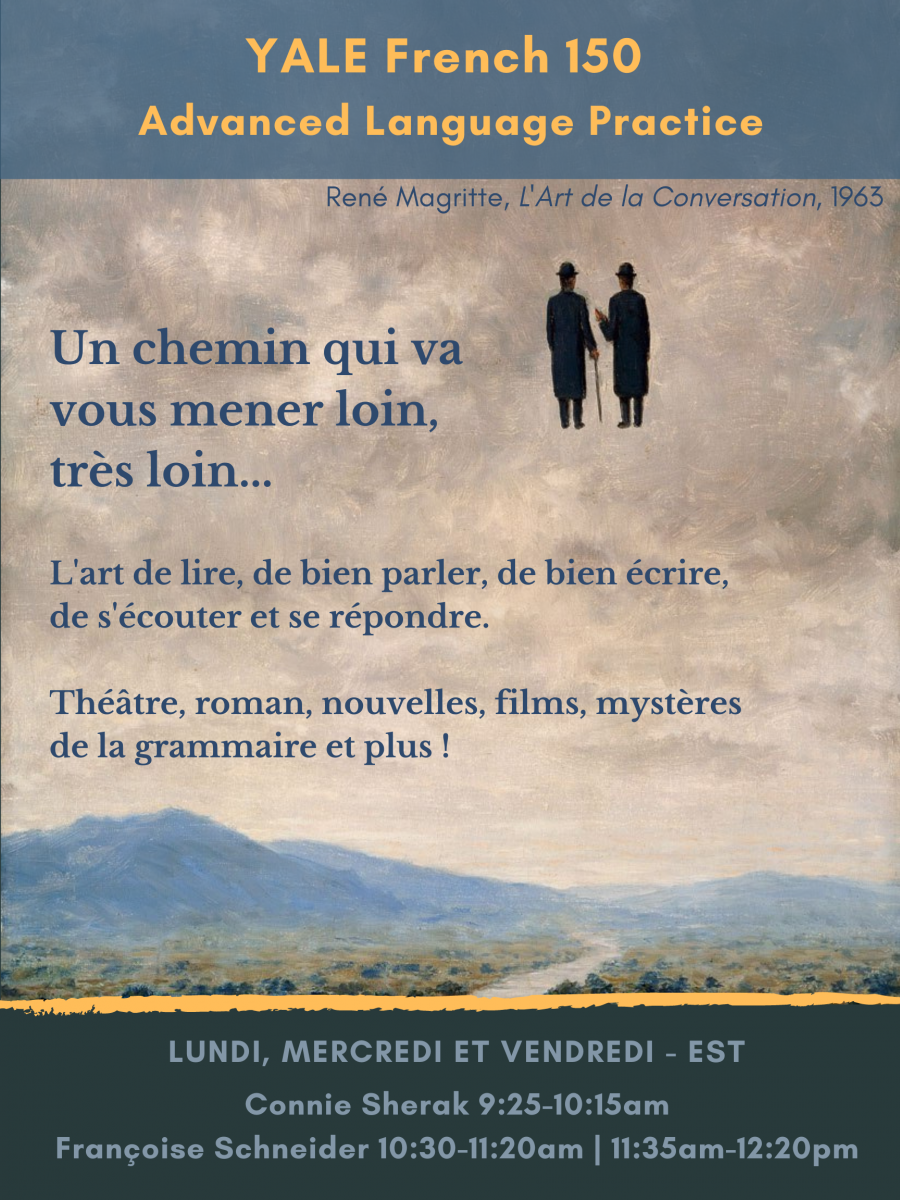 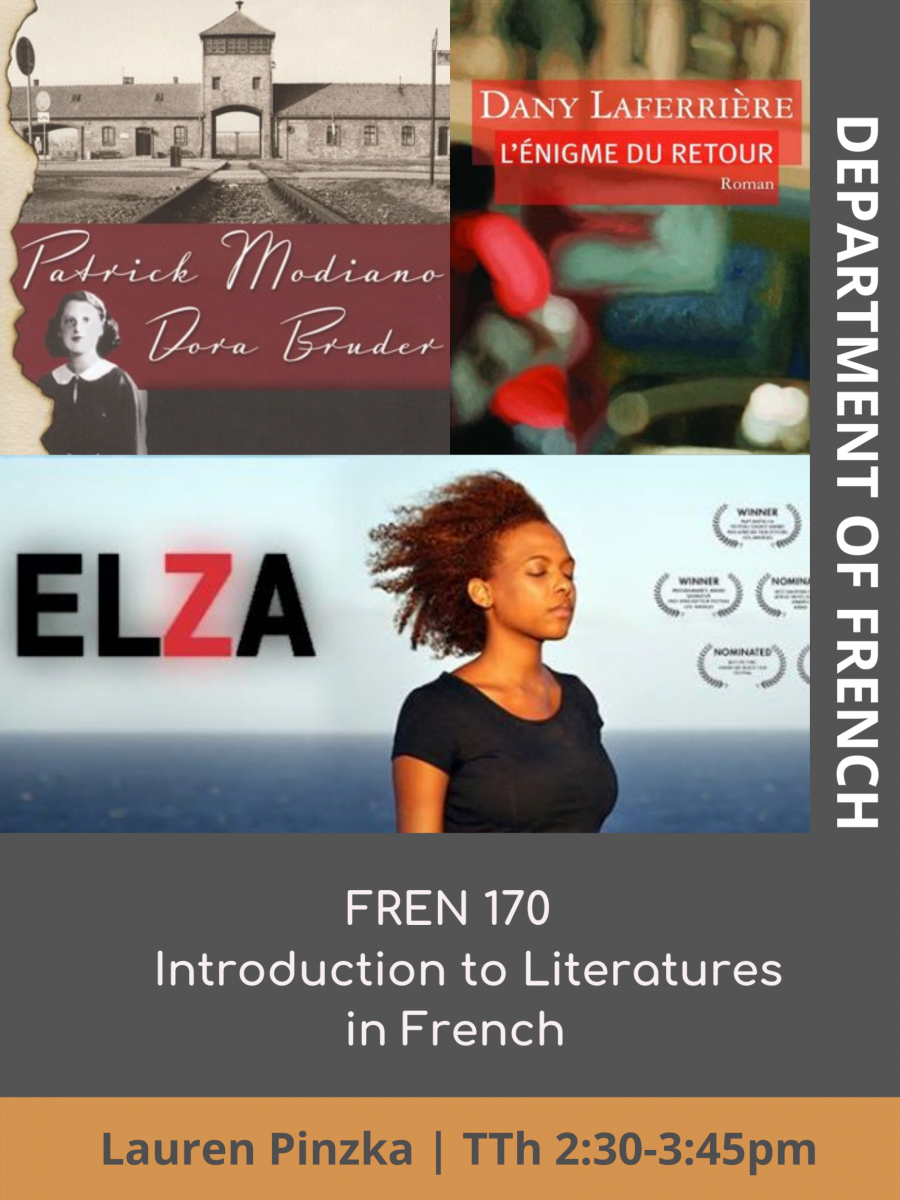 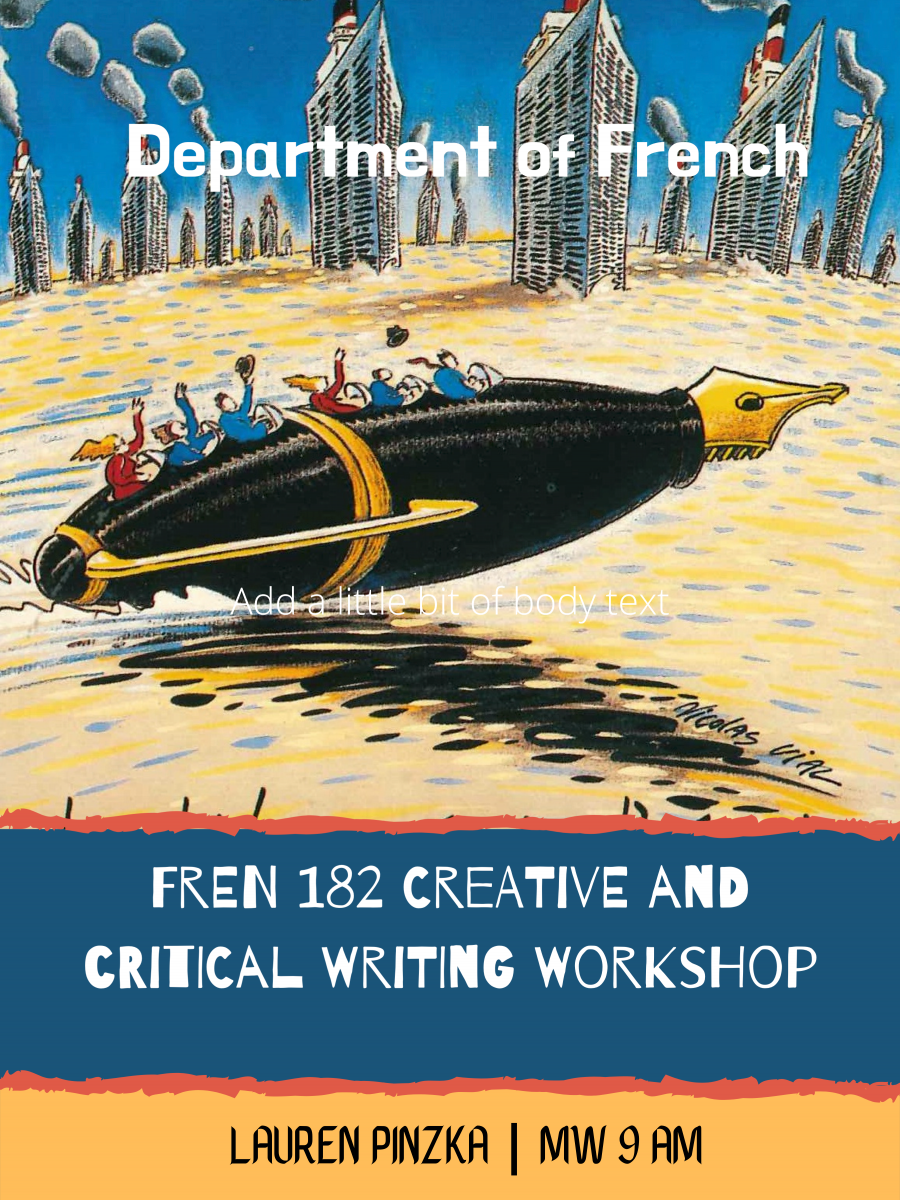